What Happens to Your Banned Belongings at Airport Security

If you have recently taken a flight or plan to, the chances are you have seen plenty of information on the latest air travel rules. In most airports these days you will see a list of items that are prohibited or banned from being taken on an airline. In almost all cases these apply to your hand luggage which will be checked when you go through security.

With increased threats to passenger safety these rules do appear to be getting more strict. The rules as such actually do apply to both hand luggage and your checked in baggage. Quite often, and mainly due to ignorance some mistakes that are made. If you, intentionally or not, forget to remove a prohibited item from your bags, do you know what will happen to you or to that item?

When it comes to prohibited items in airports the rules are quite similar. These are things like no bottled water, no sharp implements etc. If you do have these by mistake then depending on the actual airport you will find that different consequences result. The consequences tend to depend on the country that you are in, the airport you are in, the airline you are flying with, as well as the item that you were trying to get through security checkpoints.

The list of items is continually changing and it can get confusing for passengers, especially those who are not regular travellers. There is a general rule applied by airport staff which is:

Airport security staff will not let anything through that they consider dangerous even if it's normally allowed in hand luggage.​

Medicines - You are allowed these as long as you have supporting evidence from a doctor or hospital that it is an essential medicine.​

Electronic Items - ​Mobile phones, laptops, tablets, MP3 players, Cameras, Shavers and hair dryers are all allowed. Be wary of batteries though as some are allowed and some are not.

Sport's Gear - Items like a golf club, tennis racket etc are not allowed and should be checked in as separate items.​

Work Tools - These are not allowed in hand luggage and would need to be checked in.​ 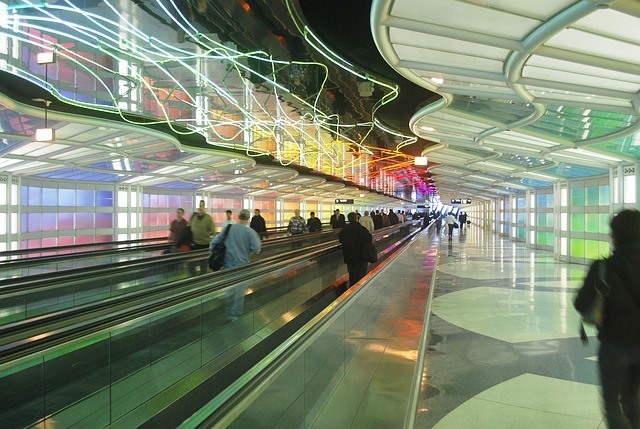 ​If you travel a lot like I do, you do get used to the different rules. More often that not though people can easily forget about a bottle of juice they have in their bag, or something like a half bottle of water. Some airport security staff do ask you before going through security and call out a list of items like bottled water, nail clippers, scissors, nail files etc.

I think that is a good idea as it helps clarify the rules, even though some of them may sound a little silly. I still struggles to see how a pair of nail clippers are considered to be dangerous, but those are the rules. Should you forget though, the most common action taken, when it comes to trying to board an airplane with prohibited items, is that you will be pulled aside by airport security or other airport staff.

If that happens, then all bags, are usually checked with you nearby. They will also be re-passed through the x-ray machine a second time. This is done to help ensure that no prohibited items are found. In the event that you are trying to store prohibited items, such as flammable objects, in your checked luggage, you will likely be asked to dispose of these into a bin, or hand them over to the airport staff.

What Happens to Your Disposed Items?

​If you are like most other travellers you may be curious as to what happens with those items.

​The items confiscated by airport security and what happens to those items will again all depend in the airport in question. Each airport has their own way of dealing with confiscated items. It is not uncommon for these items to be taken, melted, and forever discarded; however, some airports are beginning to profit from the sale of prohibited items.

A number of airports have sold these items, ranging from tools to lighters to scissors, themselves or with the assistance of an auction seller. Regardless of which action is taken, it is safe to say that you will no longer be able to recuperate your confiscated belongings. They are gone forever.

​Instead of just kissing your banned items goodbye, you will find that a number of airports have begun establishing onsite mail service centers. These mail service centers are ideal for travellers who would be unable to make additional arrangements for their items, such as returning them to their vehicles.

With mail service centers, you will need to pay for the supplies, but you can easily have your items mailed to your home. However, it is important to remember, that like all airports, the postal service also has a list of prohibited items. These items most commonly include flammable objects, such as lighters.

​Although you have a number of different choices, when it comes to taking care of your items that are banned from going past airport security checkpoints, it is probably best if you just leave those items as home. Reviewing the list of banned items, before you start packing for your trip, is the best way to ensure that you are not left having to turn over some of your belongings to airport security.

What is the Safest Seat in an Airplane?

Helpful Flying Tips for the Disabled

What Is The Cigarette Allowance for UK Travel?

How to Pack Light for Travel and Never Check in Luggage